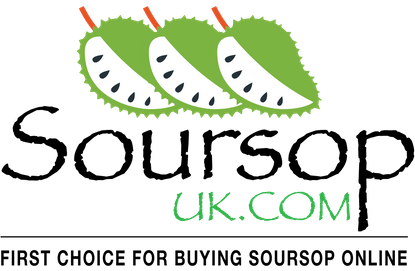 4 Myths about Soursop That We Believe Are True

The popularity of soursop has remarkably increased over time, and so the followed misconceptions and myths. And there is no denying that misinformation is more harmful than ignorance. As there have been plenty of rumors circulating about the soursop, we addressed some false facts here.


Soursop is a mysterious plant
Most people believe soursop is a rare, mysterious plant which has been recently discovered. If you’re one of those believers then sorry for popping the bubble, the fact is absolutely untrue. The fruit has been in use for centuries. While soursop leaves contain healing properties, the seeds of Graviola help to kill certain types of parasites. Another myth associated with soursop origin is the plants are native of the Brazilian rainforest. But in truth, the origin is still unknown; however, it is believed the plant has its origins in American and Carribean.


Soursop kills cancer
The biggest myth that revolves around soursop is it kills all kinds of cancer cells. This is only the half-truth. Although soursop has shown excellent results in killing cancer cells in laboratories, no experiment has been conducted on human patients. This only proves that soursop contains cancer-killing properties but doesn’t prove that it can be used as a form of cancer treatment.


Soursop is alternate to chemotherapy
You must have heard about campaigns that say soursop is 10,000 times powerful than chemotherapy. But there are no proofs to believe such made-ups theories. At present, there is no substitute for chemotherapy which is as effective as this method of cancer treatment. Instead of solely relying on this wonderful fruit, get the proper medical attention that you need.


Soursop causes Parkinson’s Disease
This is another baseless fact about the soursop that most people believe. The myth went viral after two separate studies conducted in the French West Indies prove the links between consumption of soursop and developing Parkinson’s disease. But neither of the studies is considered as conclusive because each study was focused only on small, isolated communities and on people who already had Parkinson’s disease.

While some people completely rely on soursop to treat cancer, others are a little skeptical about its healing properties. But if truth to be told, the fruit does wonder for insomniacs, supports antioxidant production, and have a lot of benefits like anti-inflammatory properties.

If you’re looking for soursop on sale in the UK, no other place is better than Soursop UK to buy soursop seeds, leaves, frozen pulp, and teas.

Our prices may fluctuate throughout the seasons.

Our bank details can be found on your order confirmation which you will receive by email.